Forty-eight years before women were granted the right to vote, one woman dared to run for President of the United States, yet her name has been virtually written out of the history books.

Rising from the shame of an abusive childhood, Victoria Woodhull, the daughter of a con-man and a religious zealot, vows to follow her destiny, one the spirits say will lead her out of poverty to “become ruler of her people.”

But the road to glory is far from easy. A nightmarish marriage teaches Victoria that women are stronger and deserve far more credit than society gives. Eschewing the conventions of her day, she strikes out on her own to improve herself and the lot of American women.

Over the next several years, she sets into motion plans that shatter the old boys club of Wall Street and defile even the sanctity of the halls of Congress. But it’s not just her ambition that threatens men of wealth and privilege; when she announces her candidacy for President in the 1872 election, they realize she may well usurp the power they’ve so long fought to protect.

Those who support her laud “Notorious Victoria” as a gifted spiritualist medium and healer, a talented financial mind, a fresh voice in the suffrage movement, and the radical idealist needed to move the nation forward. But those who dislike her see a dangerous force who is too willing to speak out when women are expected to be quiet. Ultimately, “Mrs. Satan’s” radical views on women’s rights, equality of the sexes, free love and the role of politics in private affairs collide with her tumultuous personal life to endanger all she has built and change how she is viewed by future generations.

This is the story of one woman who was ahead of her time – a woman who would make waves even in the 21st century – but who dared to speak out and challenge the conventions of post-Civil War America, setting a precedent that is still followed by female politicians today. 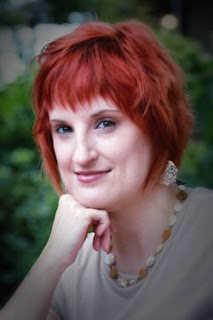 Nicole Evelina is an award-winning historical fiction and romantic comedy writer. Her most recent novel, Been Searching for You, a romantic comedy, won the 2015 Romance Writers of America (RWA) Great Expectations and Golden Rose contests.

She also writes historical fiction. Her debut novel, Daughter of Destiny, the first book of an Arthurian legend trilogy that tells Guinevere’s life story from her point of view, was named Book of the Year by Chanticleer Reviews, took the Grand Prize in the 2015 Chatelaine Awards for Women’s Fiction/Romance, won a Gold Medal in the fantasy category in the Next Generation Indie Book Awards and was short-listed for the Chaucer Award for Historical Fiction. The sequel, Camelot’s Queen is out now.

Nicole is one of only six authors who completed a week-long writing intensive taught by #1 New York Times bestselling author Deborah Harkness.

Nicole has traveled to England twice to research the Guinevere’s Tale trilogy, where she consulted with internationally acclaimed author and historian Geoffrey Ashe, as well as Arthurian/Glastonbury expert Jaime George, the man who helped Marion Zimmer Bradley research The Mists of Avalon.

Nicole is a member of and book reviewer for The Historical Novel Society, and Sirens (a group supporting female fantasy authors), as well as a member of the Historical Writers of America, Women’s Fiction Writers Association, Romance Writers of America, the St. Louis Writer’s Guild, Women Writing the West, Broad Universe (promoting women in fantasy, science fiction and horror), Alliance of Independent Authors and the Independent Book Publishers Association.

Rules
– Giveaway ends at 11:59pm EST on August 26th. You must be 18 or older to enter.
– Giveaway is open to US residents only.
– Only one entry per household.
– All giveaway entrants agree to be honest and not cheat the systems; any suspect of fraud is decided upon by blog/site owner and the sponsor, and entrants may be disqualified at our discretion
– Winner has 48 hours to claim prize or new winner is chosen.


click on banner for more stops on this tour (reviews, interviews and more)