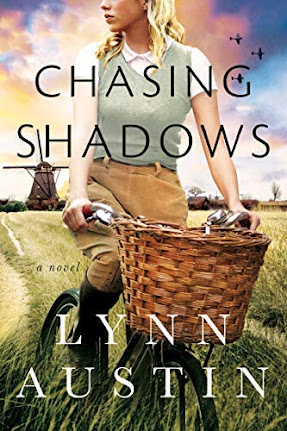 Lena is a wife and mother who farms alongside her husband in the tranquil countryside. Her faith has always been her compass, but can she remain steadfast when the questions grow increasingly complex and the answers could mean the difference between life and death?

Lena’s daughter Ans has recently moved to the bustling city of Leiden, filled with romantic notions of a new job and a young Dutch police officer. But when she is drawn into Resistance work, her idealism collides with the dangerous reality that comes with fighting the enemy.

Miriam is a young Jewish violinist who immigrated for the safety she thought Holland would offer. She finds love in her new country, but as her family settles in Leiden, the events that follow will test them in ways she could never have imagined.

The Nazi invasion propels these women onto paths that cross in unexpected, sometimes-heartbreaking ways. Yet the story that unfolds illuminates the surprising endurance of the human spirit and the power of faith and love to carry us through.

Paperback, 420 pages
Published June 8, 2021
by Tyndale House Publishers
4/5 stars
This book has been patiently waiting on my TBR pile since June 2021 when it was first released. Not only am I drawn to Lynn Austin as an author but this book drew me in with the blurb about three women during World War II in the Netherlands. As much as I love reading historical fiction I love reading historical fiction that relates to my families heritage and this one fit the bill perfectly. It takes place during a time that my parents lived through and rarely talked about so for me this was a glimpse into what they went through during the war.  I know it wasn’t pretty and this book showcased that only the residences of the country but for Jews escaping Germany finding themselves again hiding persecution from the Nazis.

Told from three different points of view gives a broad view of the story. There is Ans, a young woman who craves adventure and moves to the city just before the war breaks out. She gets more than she bargained for. There is Miriam, a young Jewish violinist who escaped Germany for the safety of Holland only to be caught in the grips of the Nazis yet again. Then there is Lena, wife, mother to Ans who lives in the country with her husband and other children, she relies on her faith to get her through this terrible time.

Chasing Shadows is not just a story of survival but it is a story of faith, trust and sacrifice. It is well written, heartbreaking as is most World War II stories are but it also showcases a country that comes together to fight for their rights and freedom.
Definitely a book and author I recommend.
This book was part of my 2022 Reading Off My Shelf Challenge.
Posted by Margaret @ JustOneMoreChapter at 10:28 PM