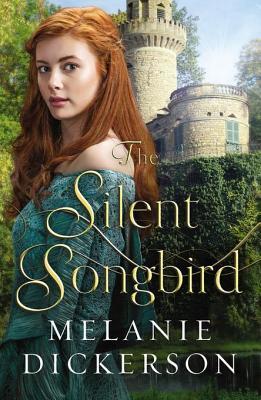 Evangeline longs to be free, to live in the world outside the castle walls. But freedom comes at a cost.

Evangeline is the ward and cousin of King Richard II, and yet she dreams of a life outside of Berkhamsted Castle, where she might be free to marry for love and not politics. But the young king betroths her to his closest advisor, Lord Shiveley, a man twice as old as Evangeline. Desperate to escape a life married to a man she finds revolting, Evangeline runs away from the king and joins a small band of servants on their way back to their home village.

To keep her identity a secret, Evangeline pretends to be mute. Evangeline soon regrets the charade as she gets to know Wesley, the handsome young leader of the servants, whom she later discovers is the son of a wealthy lord. But she cannot reveal her true identity for fear she will be forced to return to King Richard and her arranged marriage.

Wesley le Wyse is intrigued by the beautiful new servant girl. When he learns that she lost her voice from a beating by a cruel former master, he is outraged. But his anger is soon redirected when he learns she has been lying to him. Not only is she not mute, but she isn't even a servant.

Weighed down by remorse for deceiving Wesley, Evangeline fears no one will ever love her. But her future is not the only thing at stake, as she finds herself embroiled in a tangled web that threatens England's monarchy. Should she give herself up to save the only person who cares about her? If she does, who will save the king from a plot to steal his throne?

Kindle Edition, 304 pages
Published November 8th 2016
by Thomas Nelson
3.5/5 stars
The Silent Songbird is a historical retelling of The Little Mermaid. I’m not familiar with this fairy tale so can’t really compare the two.
It’s an interesting story set during the time of King Richard II in the year 1384. A young woman with no desire for the arranged marriage thrust upon her takes matters into her own hands. Evangeline is daring, brave and wants her life to mean something more being so and so’s wife.
This is a well written story that isn’t just about Evangeline and the search to find her but also has mysterious aspects to keep one on their toes. Most retelling tend to have magical elements but not this one and that’s okay.
Melanie Dickerson is a new author for me, she came recommended for her retellings and is respected for her YA stories. This is Christian fiction and it is a large part of the story. This is book 7 in the Hagenheim Series, I am not sure if they need to be read in order, I didn’t feel like I missed anything by not reading the others.
This was an audio read for me, coming in just under 8 hours. It was read by Jude Mason, a new to me reader and one I'd definitely listen to again.

Posted by Margaret @ JustOneMoreChapter at 12:58 PM