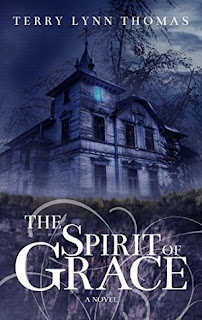 Sarah Bennett doesn’t remember the night her mother tumbled down the stairs at Bennett House, despite allegedly witnessing the fatal fall.

There was talk of foul play, dark whispers, and sidelong glances, all aimed at Sarah, prompting her family to send her to The Laurels, an exclusive asylum in San Francisco, under a cloud of suspicion.

Now, on the one-year anniversary of her mother’s murder, Sarah has been summoned home. Convinced of her innocence, she returns to Bennett House, hoping to put the broken pieces of her life back together.

But when another murder occurs shortly after her arrival, Sarah once again finds herself a suspect, as she is drawn into a web of suspicion and lies.

In order to clear her name, Sarah must remember what happened the fateful night her mother died.

But as she works to regain her memory, the real murderer watches, ready to kill again to protect a dark family secret.

The first book in the Sarah Bennett Mysteries Series is also my first experience with Terry Lynn Thomas.

The Spirit of Grace takes place during WW2 and while I didn’t exactly get that feeling it was an enjoyable read, which I still place as a historical mystery. It’s a book full of both flawed and mysterious characters, sprinkled with ghosty sightings and a touch of romance.

Was it predictable? Not to me, there was enough going on that kept me guessing. It’s a fast-paced book which for some reason just makes me read all the faster (also I needed to know what was going on) and concluded with a satisfactory ending. TERRY LYNN THOMAS grew up in the San Francisco Bay Area, which explains her love of foggy beaches and Gothic mysteries. When her husband promised to buy Terry a horse and the time to write if she moved to Mississippi with him, she jumped at the chance. Although she had written several novels and screenplays prior to 2006, after she relocated to the South she set out to write in earnest and has never looked back.

Terry Lynn writes the Sarah Bennett Mysteries, set on the California coast during the 1940s, which feature a misunderstood medium in love with a spy. The Drowned Woman is a recipient of the IndieBRAG Medallion. She also writes the Cat Carlisle Mysteries, set in Britain during World War II. The first book in this series, The Silent Woman, came out in April 2018 and has since become a USA TODAY bestseller. The Family Secret is slated for release in March 2019.

When she’s not writing, you can find Terry Lynn riding her horse, walking in the woods with her dogs, or visiting old cemeteries in search of story ideas.

Giveaway
During the Blog Tour, we are giving away one eBook of each title in the Sarah Bennett Mysteries series!

To enter, please use the Gleam form below.
Giveaway ends at 11:59 pm EST on October 7th. You must be 18 or older to enter.
Giveaway is open to the US only.
Only one entry per household.
The winner has 48 hours to claim prize or a new winner is chosen.