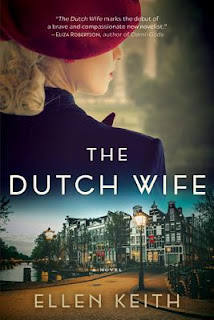 Amsterdam, May 1943. As the tulips bloom and the Nazis tighten their grip across the city, the last signs of Dutch resistance are being swept away. Marijke de Graaf and her husband are arrested and deported to different concentration camps in Germany. Marijke is given a terrible choice: to suffer a slow death in the labour camp or—for a chance at survival—to join the camp brothel.

On the other side of the barbed wire, SS officer Karl Müller arrives at the camp hoping to live up to his father’s expectations of wartime glory. But faced with a brutal routine of overseeing executions and punishments, he longs for an escape. When he encounters the newly arrived Marijke, this meeting changes their lives forever.

Woven into the narrative across space and time is Luciano Wagner’s ordeal in 1977 Buenos Aires, during the heat of the Argentine Dirty War. In his struggle to endure military captivity, he searches for ways to resist from a prison cell he may never leave.

From the Netherlands to Germany to Argentina, The Dutch Wife braids together the stories of three individuals who share a dark secret and are entangled in two of the most oppressive reigns of terror in modern history. This is a novel about the blurred lines between love and lust, abuse and resistance, and right and wrong, as well as the capacity for ordinary people to persevere and do the unthinkable in extraordinary circumstances.


As one who is always on the lookout for HF pertaining to the Netherlands the title and cover is what drew me to The Dutch Wife. It’s also Ellen Keith’s debut - how exciting is that! Only a small percentage of this book takes place in Holland but it’s enough for me, I didn’t totally expect to feel such an emotional connection to Marijke, really it should have been her husband Theo. You see back in 1943 my dad was taken from Holland to a Labour Camp in Germany, my parents never talked of the war years which is one of the reasons I am drawn to this genre.

The author has really done her homework here, the amount of research was evident. She didn’t hold back and some might find some of the details overwhelming. She told of the conditions in these camps vividly, no matter how dark and heartbreaking. For me there was a lot of learning that took place and though the characters are fictional what took place both in Germany and Argentina were based on fact.  I was not aware of what took place in the ‘70's in Argentina and that was a real eye opener. This book is told from 3 different POV’s with the added bonus of 2 being male - that doesn’t happen often and it’s refreshing for a change.

The Dutch Wife is a powerful, well written story of survival, secrets and heartache. It’s one of those that will stay with me for a long time. 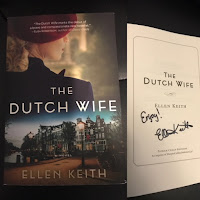 a Rafflecopter giveaway
Posted by Margaret @ JustOneMoreChapter at 11:59 PM