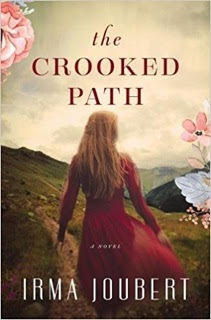 As retired physician Lettie Louw looks back upon her life, she recounts her coming of age in WWII-era South Africa in this compelling story of delayed love, loss, and reconciliation.

Lettie Louw is the daughter of the town physician in their South African village. She spends her childhood in the warm African days playing with her friends and being adored by her doting parents. When she becomes a teenager, she experiences her first taste of unrequited romantic love in the form of her best friend’s older brother, De Wet Fourie. When De Wet pursues the beautiful and wealthy Annabelle, Lettie’s dreams are crushed, and she moves to Johannesburg to pursue her studies in medicine.

Life in Johannesburg feels strange to Lettie, and the world around her is in profound upheaval as the Second World War rages. Her feelings for De Wet never waver, and Lettie is heartbroken when he marries another of her childhood friends. Lettie soon meets Marco Romanelli, an Italian immigrant, and they marry and raise two daughters, as the racial and political tensions in South Africa swirl about them.

Lettie never forgets her first love, even as the ravages of time, war, and illness play upon her life and the lives of those she loves. In their later years, Lettie and De Wet are thrown into one another’s company again, and they are given another chance at a life together.


Thank you to TLC Tours for the opportunity to be part of this blog tour. Irma Joubert is a new author to me.  I have seen her books around but have never read anything before and was anxious to read  The Crooked Path.

The book opened up with Lettie where we learn of her early years in South Africa, I have to admit I was not drawn in right away, I found her character and the writing a bit stilted and I had a hard time liking her. Then the story jumps to Marco and his experiences with World War II in Italy. I was immediately drawn in and immersed in his story. I haven’t read much of World War II taking place in Italy so this was an eye-opener and an emotional part of this book.

It’s when their lives meet up in South Africa that further invested me in the story and The Crooked Path. The affects of World War II don’t stop at the end of the war and for Marco it lingers and affects the rest of his life. Life isn’t easy in South Africa during this time and the author does a good job of presenting the lifestyle of that era and things people endured, especially Lettie as a female doctor.

The Crooked Path is a story of friendship, love and loss, and so much more, in a setting (both Italy and South Africa)  both before and after World War II. Definitely an author I will read more of. She took me to places and events unfamiliar to me in an honest and realistic manner. 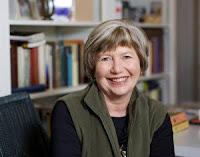 International bestselling author Irma Joubert was a history teacher for 35 years before she began writing.

Her stories are known for their deep insight into personal relationships and rich historical detail. She’s the author of eight novels and a regular fixture on bestseller lists in The Netherlands and in her native South Africa. She is the winner of the 2010 ATKV Prize for Romance Novels.

click on banner for more stops on this tour
Posted by Margaret @ JustOneMoreChapter at 11:04 AM