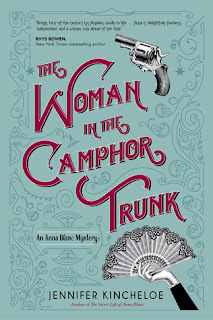 Los Angeles, 1908. In Chinatown, the most dangerous beat in Los Angeles, police matron Anna Blanc and her former sweetheart, Detective Joe Singer, discover the body of a white missionary woman, stuffed in a trunk in the apartment of her Chinese lover. Her lover has fled. If news gets out that a white woman was murdered in Chinatown, there will be a violent backlash against the Chinese. Joe and Anna plan to solve the crime quietly and keep the death a secret. So does good-looking Mr. Jones, a prominent Chinese leader who has mixed feelings about helping the LAPD and about Anna.

Meanwhile, the Hop Sing tong has kidnapped two slave girls from the Bing Kong tong, fueling existing tensions. They are poised on the verge of a bloody tong war that would put all Chinatown residents in danger.

Joe orders Anna out of Chinatown to keep her safe, but to atone for her own family's sins, Anna must stay to solve the crime before news of the murder is leaked and Chinatown explodes.

I love Anna Blanc! Ever since I finished reading The Secret Life of Anna Blanc I have been keeping an eye for the sequel, because yes there had to be a sequel, the author couldn’t leave us readers hanging - wondering what happened between her and Detective Joe Singer.

Who is Anna Blanc? She is a woman ahead of her time, she doesn’t want to confirm to her father’s wishes and thus now struggles while living on her own. It isn’t easy but she is determined. She is innocent yet spunky, has some of the strangest thought patterns and rationale I’ve ever seen. Her powers of reasoning are some that had me smiling and shaking my head at the same time. Witty, irresponsible and impulsive but at the same time caring and determined. She would rather be a detective than an Assistant Matron for the police department no matter had many feathers she ruffles.

So that’s Anna Blanc in a nutshell! Now add her to Chinatown in 1908 where mystery, murder and mayhem run amuck and you’ve got a great story. Written with the same wit that I enjoyed in book 1, I recommend reading The Secret Life of Anna Blanc first, you’ll get a better picture of who Anna is and what makes her tick.

The Woman in the Camphor Truck is based on real historical events, some of names, dates and locations have been modified to work together (author notes, yea!). There were twists and turns which kept me on my toes.  All in all a very entertaining read.  Definitely a series I recommend.

Thanks to Prometheus Books for an ARC and Jennifer Kincheloe (whom I had the privilege of meeting last month, but in no way affects this review).

click on cover to take you to my review 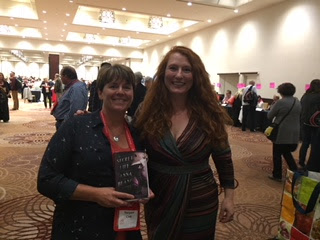 Posted by Margaret @ JustOneMoreChapter at 9:04 AM