Review: The Shadow Sister (The Seven Sisters #3) by Lucinda Riley 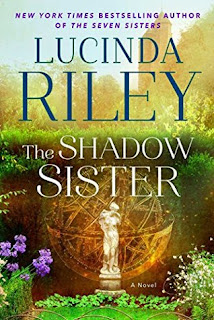 Travel through the lush English countryside and explore the magnificent estates of the British aristocracy in this next spellbinding love story in The Seven Sisters series by #1 internationally bestselling author Lucinda Riley.

Star D’Aplièse is at a crossroads in her life after the sudden death of her beloved father—the elusive billionaire, affectionately called Pa Salt by his six daughters, all adopted from across the four corners of the world. He has left each of them a clue to her true heritage, and Star nervously decides to follow hers, which leads her to an antiquarian bookshop in London, and the start of a whole new world.

A hundred years earlier, headstrong and independent Flora MacNichol vows she will never marry. She is happy and secure in her home in England’s picturesque Lake District—just a stone’s throw away from the residence of her childhood idol, Beatrix Potter—when machinations lead her to London, and the home of one of Edwardian society’s most notorious society hostesses, Alice Keppel. Flora is torn between passionate love and her duty to her family, but finds herself a pawn in a larger game. That is, until a meeting with a mysterious gentleman unveils the answers that Flora has been searching for her whole life...

As Star learns more of Flora’s incredible journey, she too goes on a voyage of discovery, finally stepping out of the shadow of her sister and opening herself up to the possibility of love.

The Shadow Sister is the third in the sweeping Seven Sisters series, “soaked in glamour and romance” (Daily Mail) and perfect for fans of Downton Abbey and the novels of Kate Morton.


Kindle Edition, 528 pages
Expected publication: April 25th 2017 by Atria Books
****
This is book three in The Seven Sisters series by Lucinda Riley. It's one of the books I have been anxiously waiting to read, Star and her sister CeCe have such a tight relationship that it has made me very curious about their story and why they are so close. Actually it isn't that they are so close it almost feels like they cannot function without each other.

This is Star's side of the story (so far) and I enjoyed watching her take on the quest to discover her past.  Her search begins in an old bookstore in London which was a great place to start and made the story all the more endearing. Sometimes stepping out of her comfort zone can be scary but when the desire is so strong she does what needs to be done.  I loved where the author took Star.

The past story deals with Flora and as usual it's always the part I enjoy most. Maybe it's just because I am a sucker for that time period, I love reading about high society and their way of life. Though Beatrix Potter does not have a huge role in this book her inclusion developed  Flora's character and made me want to read her books, I can envision the setting where she wrote them with the wide arrangement of critters about.

I will be honest when I say I had reservations when this series began wondering how the author could pull off seven unique story's for seven totally different sisters and bring something new and fresh with each one. But she has managed to do quite nicely.  I am reading the series in order keeping my fingers crossed that Cece's story will be the next one, after getting a better look at her character I am really curious about her background and what makes her really tick.

Thank you to Atria Books (via Netgalley) for an advanced copy in exchange for an honest review. 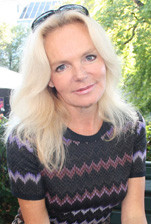 Lucinda Riley is the #1 internationally bestselling author of sixteen novels, including The Seven Sisters and The Storm Sister. Her books have sold more than eight million copies in thirty four languages.

Lucinda lives with her husband and four children on the North Norfolk coast in England and West Cork, Ireland.

Visit her online at LucindaRiley.com.

Posted by Margaret @ JustOneMoreChapter at 11:18 AM