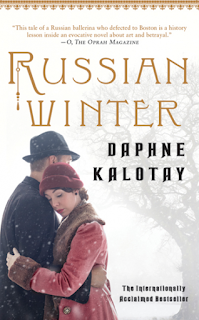 In present-day Boston, Nina Revskaya, once a great star of the Russian ballet, has decided to auction her jewellery collection and donate the proceeds to the Boston Ballet Foundation. It is a mysterious gesture that has piqued the interest of two particular individuals: a rising associate director at the auction house, Drew Brooks, who seeks to unravel the provenance of the pieces; and a professor and Russian translator at the nearby university, Grigori Solodin, who believes the jewels might hold the key to his past.

The stakes are raised when an anonymous individual donates a necklace that perfectly matches the bracelet and earrings in Nina’s collection, claiming the pieces belong together. It is this donation that will bring Drew and Grigori together in unexpected ways to uncover the story behind Nina’s fabulous jewels—a bounty said to have been smuggled out of Stalinist Russia when she defected from the country in the early 1950s.

It was there, in Russia, that Nina first learned to dance, fell in love with the handsome poet Viktor Elsin, and struggled with the choice to pursue her craft or begin a family. Nina and her circle of free-thinking artist friends lived in constant fear of Stalin’s disapproval, of arrest and torture by the secret police for unpatriotic behaviour and so-called crimes against the state. Yet when their circle was broken by just such an arrest, a devastating misunderstanding parted the four friends and lovers forever.

Daphne Kalotay a new author to me and for reasons unknown I rarely venture into Russian HF.  Not totally sure why that is, maybe because it's such a vast country and I don't really know where to start.

Russian Winter tells the story of Nina a Russian ballerina who defects to America in the 1950's.  The author detailed what life was life, starting as a young girl taking her first dance steps. The era was vivid with a writing style that had me feeling and absorbing the life style as well as her struggles and frustrations.

In present day Nina is aged, wheelchair bound and ready to auction of pieces of her past. Alternating between 3 different characters, Nina, Grigori and Drew the reader is given a broader view of not just the past but the repercussions decades later.

The mystery surrounding the amber necklace was interesting, where I though to have solved it myself, it's always nice when it twists and turns in a different direction.

The author wrote in a lyrical and mesmerizing way that had me captives.  I found myself enjoying my time spend reading this book.  It wasn't one I rushed through but rather savoured the journey.  Definitely a book I highly recommend and an author I will read more of.

Thanks to TLC Tours for The opportunity to review this book.

Thank you to TLC Tours for the opportunity to review this book and a print copy. 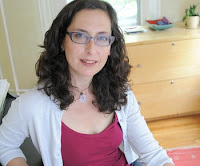