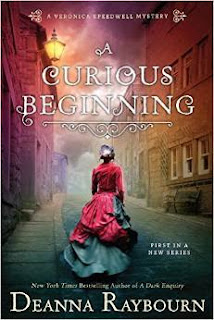 London, 1887. As the city prepares to celebrate Queen Victoria’s golden jubilee, Veronica Speedwell is marking a milestone of her own. After burying her spinster aunt, the orphaned Veronica is free to resume her world travels in pursuit of scientific inquiry—and the occasional romantic dalliance. As familiar with hunting butterflies as she is fending off admirers, Veronica wields her butterfly net and a sharpened hatpin with equal aplomb, and with her last connection to England now gone, she intends to embark upon the journey of a lifetime.


Kindle Edition, 352 pages
Expected publication: September 1st 2015 by Penguin / NAL
ARC via netgalley for review
****
This is my second book by Deanna Raybourn, I loved her previous book Night of a Thousand Stars,  I had never read her Lady Julia books but suffice to say they are patiently waiting in my TBR pile.  I fell in love with the author's writing style, her ability to weave a mysterious story with a touch of whit made her a favorite of mine.  So it was with eager anticipation and excitement when netgalley approved my request to review her latest, A Curious Beginning and I wasn't disappointed.

It's London 1887 when we meet Veronica Speedwell, a woman ahead of her time.  Free spirited, adventurous, traveling the world while other woman conform to society, doing there duty with marriage and babies.  Veronica knows what she wants and makes it happen. But when her guardians both pass her life takes a turn.

Enter Stoker and the adventure begins.  Both Veronica and Stoker are likable character, both with mysterious backgrounds creating a plot that kept me captivated. The story unfolded with twists and turns, some I figured out and others not so much.

The title fits this story perfectly.  There is mystery here as well as adventure and suspense, a great start to this new series.  The ending brought conclusion in one sense but also opened the door for the the next installment, one of which I am looking forward to reading.  If you like a well written book then look no further.

"I gave it to him, in my experience it is far better to tell a man what he wants to hear and then do as you please than attempt to reason with him." 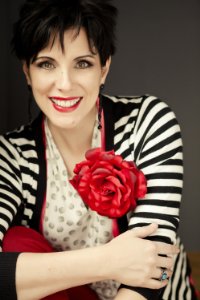 Posted by Margaret @ JustOneMoreChapter at 1:31 PM