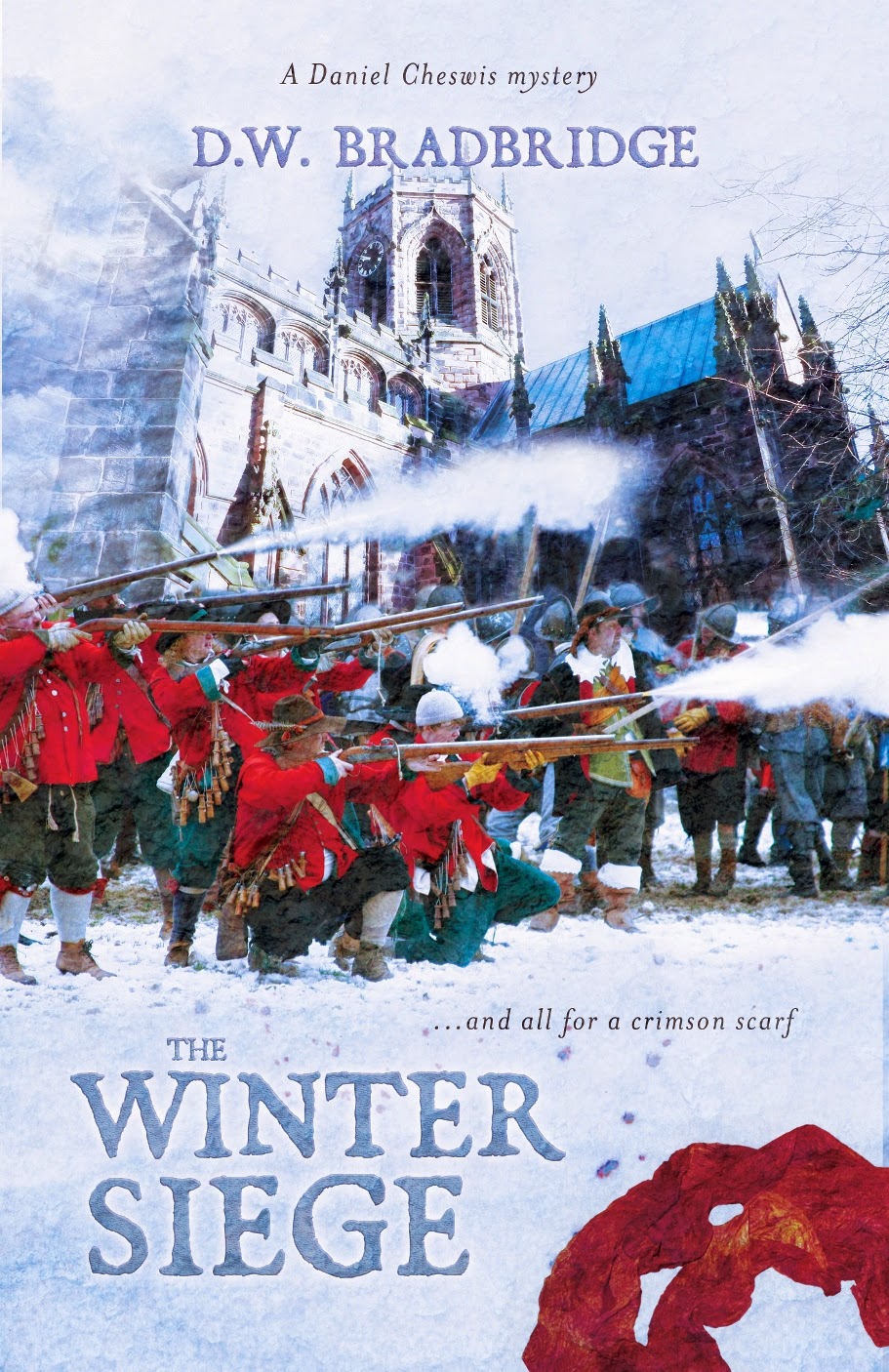 1643. The armies of King Charles I and Parliament clash in the streets and fields of England, threatening to tear the country apart, as winter closes in around the parliamentary stronghold of Nantwich. The royalists have pillaged the town before, and now, they are returning. But even with weeks to prepare before the Civil War is once more at its gates, that doesn’t mean the people of Nantwich are safe.
While the garrison of soldiers commanded by Colonel George Booth stand guard, the town’s residents wait, eyeing the outside world with unease, unaware that they face a deadly threat from within. Townspeople are being murdered – the red sashes of the royalists left on the bodies marking them as traitors to the parliamentary cause.
When the first dead man is found, his skull caved in with a rock, fingers start being pointed, and old hatreds rise to the surface. It falls to Constable Daniel Cheswis to contain the bloodshed, deputising his friend, Alexander Clowes, to help him in his investigations, carried out with the eyes of both armies on his back. And they are not the only ones watching him.

He is surrounded by enemies, and between preparing for the imminent battle, watching over his family, being reunited with his long-lost sweetheart, and trying, somehow, to stay in business, he barely has time to solve a murder.

With few clues and the constant distraction of war, can Cheswis protect the people of Nantwich? And which among them need protecting? Whether they are old friends or troubled family, in these treacherous times, everyone’s a traitor, in war, law, or love.

When the Winter Siege is through, who will be among the bodies?

click on banner for more stops on this tour
One of the things that I love about doing these tours is discovering authors that I would probably never have picked up or maybe not even noticed before. This is one book that I am glad to have read.

Historical fiction is my favorite genre, however this is a time period I am unfamiliar with. The author did a really good job of describing this town of Nantwich, which I had no problem visualizing, from the workings of the town officials, cheese making to salt production. Set during the English Civil War I found the historical elements very interesting (though at times a bit over whelming and that could just be because I know little of this time period),  but I did learn a lot, which is why historical fiction is a favorite.

I like how the author states “In writing The Winter Siege, my aim was to take the framework of real history and fill in the gaps with a story of what could, or might have happened. Is it history or fiction? It’s for the reader to decide.”  D.W. Bradbridge did a good job of 'filling in' the gaps that were believable and authentic.

The main character, Daniel Cheswis, is a very likeable Constable who has his job cut out for him.  I don't read a lot of mysteries, but I really enjoyed this one.  From one murder to the next with its twists and turns this book provided an entertaining 'whodunit'. I enjoyed the authors writing style and hope that there will be more books in the future.

D.W. Bradbridge was born in 1960 and grew up in Bolton. He has lived in Crewe, Cheshire since 2000, where he and his wife run a small magazine publishing business for the automotive industry.

“The inspiration for The Winter Siege came from a long-standing interest in genealogy and local history. My research led me to the realization that the experience endured by the people of Nantwich during December and January 1643-44 was a story worth telling. I also realized that the closed, tension-filled environment of the month-long siege provided the ideal setting for a crime novel."

“History is a fascinating tool for the novelist. It consists only of what is remembered and written down, and contemporary accounts are often written by those who have their own stories to tell. But what about those stories which were forgotten and became lost in the mists of time?"

“In writing The Winter Siege, my aim was to take the framework of real history and fill in the gaps with a story of what could, or might have happened. Is it history or fiction? It’s for the reader to decide.”

Posted by Margaret @ JustOneMoreChapter at 10:19 PM