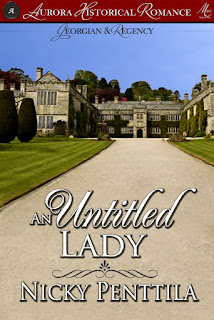 Shocking family news forces Madeline Wetherby to abandon her plans to marry an earl and settle for upstart Manchester merchant Nash Quinn. When she discovers that her birth father is one of the weavers her husband is putting out of work—and a radical leader—Maddie must decide which family she truly desires, the man of her heart or the people of her blood.

An earl’s second son, Nash chose a life of Trade over Society. When protest marches spread across Lancashire, the pressure on him grows. If he can’t make both workers and manufacturers see reason he stands to lose everything: his business, his town, and his marriage.

As Manchester simmers under the summer sun, the choices grow more stark for Maddie and Nash: Family or justice. Love or money. Life or death.

This is a book that I was surprised with, pleasantly surprised.  I am not really sure why I even agreed to review this book because romance is really not my thing, so I am really glad that I did.  Yes there is romance but not in an over powering, mushy, unrealistic way, there is also the historical aspect (which I love).  Real life events take place which I think the author did a nice job portraying the situation in a real and honest way.  Her characters are believable, they struggle with so many emotions, love, fear, anxiety, relationships and loyalty (just to name a few)  They make mistakes and are not perfect, they are human.  Again this is another part of history that I did not know about, the author wrote about the conflicts with enough emotion and accuracy to make this book very convincing.

I am grateful that the author, Nicky Penttila has stopped by the answer a couple questions that I had for her.

Where did your inspiration for this book come from?
A secondary character in my previous regency, A Note of Scandal, kept trying to take over that book. That novel was about the newspaper business, and the character was a reporter (the kind that investigates and observes, not parrots what people say), so I read the histories to find an important story for him to cover. The event I found —a mass demonstration in Manchester—had many of my hot-button issues: rights for women and all people, freedom of speech and assembly, how technology changes the mind and society, how great social change can divide families. But what it didn’t have was a big role for my reporter.
By the second draft, I knew I needed a new male protagonist, and when I saw a way that Nash could straddle the peerage and the working classes, I knew I had something good—and much, much more ambitious than I had planned.
What do you hope your readers will take away from this book?
Mainly, I hope readers feel that they got a really good ride in the story. The book includes a range of people, some easy to sympathize with and some that are more difficult; I’m hoping that even if readers don’t like a character they can see some merit in the other’s point of view.
This book is not as much 'romance' as your others, was that your intent or did it just evolve that way?  If so why the change?
It evolved. I started writing romances because I like to read them and because in my day job (newspaper editor) we so often need to take the emotion out of the story. I wanted to write a lot of emotion! But my idea of a lot turns out to be not as much as standard. In many straight romances, when the people are falling in love the rest of the world seems to fade away; in my romances, love sets the rest of the world in sharper relief. My people see their world in a new way, not just themselves or their lover.
I've read that you like to travel to where your books take place.  Did you travel to Manchester?  How long would you spend there, what would you do and do you take the family with you or is this something you need to do on your own.
I did travel to Manchester, for about 10 days. I’d like to take the family, to get their different impressions—and use their luggage space!—but it wasn’t practical. While there, I took three walking tours of the city, including one specifically on the mass protest that I write about. I went to the People’s History Museum to see artifacts from “my” time, and to the Museum of Science and Industry to see how weaving was done. I went into the amazing John Rylands Library and filled out “visiting scholar” forms so they would fetch a book for me to look at that I couldn’t get at home—and it turned out to be in the city’s main library, available to all. I walked everywhere to see how long it took to get places, and tried to match my mental map from reading Elizabeth Gaskell and Isabella Banks with the streets and buildings here now. There are only a few buildings from that time still standing, so it wasn’t hard to visit each one. I took a couple day trips, to Liverpool and to Hoghton Tower, the basis (partly) for the Earl’s estate in my story.
I also listened to the people talk and tried to match it, but Mancunian dialect is difficult—not just the words and slang, but the structure. I have a hard enough time keeping the American bits out of standard RP English! I decided not to even try putting dialect in my book, except in a couple tiny instances that I had help with.
What are you working on next?

Next is a story set in 1808 in Spain, with reporters, soldiers, printers, and more. And, of course, another field trip: I’m traveling to the Galician region this spring. 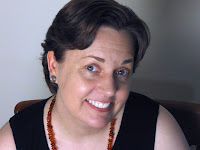 Nicky Penttila writes stories with adventure and love, and often with ideas and history as well. She enjoys coming up with stories that are set in faraway cities and countries, because then she *must* travel there, you know, for research. She lives in Maryland with her reading-mad husband and amazing rescue cat.

Posted by Margaret @ JustOneMoreChapter at 11:06 PM