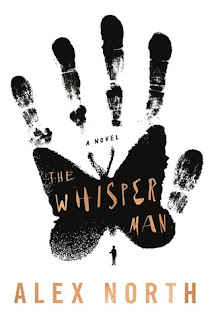 In this dark, suspenseful thriller, Alex North weaves a multi-generational tale of a father and son caught in the crosshairs of an investigation to catch a serial killer preying on a small town. After the sudden death of his wife, Tom Kennedy believes a fresh start will help him and his young son Jake heal. A new beginning, a new house, a new town. Featherbank.

But the town has a dark past. Twenty years ago, a serial killer abducted and murdered five residents. Until Frank Carter was finally caught, he was nicknamed "The Whisper Man," for he would lure his victims out by whispering at their windows at night.

Just as Tom and Jake settle into their new home, a young boy vanishes. His disappearance bears an unnerving resemblance to Frank Carter's crimes, reigniting old rumors that he preyed with an accomplice. Now, detectives Amanda Beck and Pete Willis must find the boy before it is too late, even if that means Pete has to revisit his great foe in prison: The Whisper Man.

And then Jake begins acting strangely. He hears a whispering at his window...

The Whisper Man is a rather creepy story with a subject matter not for the faint of heart. I’ll admit on one hand being curious about this one and on the other a little nervous about any story that involves kids, not just because I’m a mom but a human being. Also, I should have reviewed it when I finished the book last month just to stop thinking about it.

So my thoughts. There is a lot going on within the pages, it wasn’t just a story of missing boys but also of grief and loss, relationships, coping and of course police procedures. The author uses not just the main characters backgrounds and struggles but also some of the secondary characters and while it was interesting I did struggle to connect. The mystery itself was interesting enough with some twists and turns I didn't anticipate and I will say the it took me almost to the end until I figured things out, so hats off to the author for that one.

With so many glowing reviews it was a 3 star for me, meaning I liked it (and that’s a good thing, right?)
Posted by Margaret @ JustOneMoreChapter at 7:47 PM

Email ThisBlogThis!Share to TwitterShare to FacebookShare to Pinterest
Labels: 2019, New to me author, SweetReadsBox, Thriller