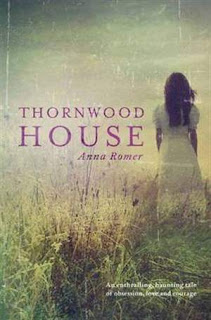 When Audrey Kepler inherits an abandoned homestead in rural Queensland, she jumps at the chance to escape her loveless existence in the city and make a fresh start. In a dusty back room of the old house, she discovers the crumbling photo of a handsome World War Two medic - Samuel Riordan, the homestead's former occupant - and soon finds herself becoming obsessed with him.

But as Audrey digs deeper into Samuel's story, she discovers he was accused of bashing to death a young woman on his return from the war in 1946. When she learns about other unexplained deaths in recent years - one of them a young woman with injuries echoing those of the first victim - she begins to suspect that the killer is still very much alive. And now Audrey, thanks to her need to uncover the past, has provided him with good reason to want to kill again.

an enthralling, haunting tale of obsession, love and courage


I finished this book last night and woke up this morning already missing Audrey and Bronwyn.  There was such an instant connection to this mother/daughter pair and it continued right to the end of the book.  In fact  I didn't want it to end.   I loved Thornwood House, the author had vivid descriptions of this old house and the property that I was able to visualize it perfectly.  This was not the type of book that I grabbed when I had a spare 10 minutes here and there throughout the day, but rather a book to sit and savor.

This is Anna Romer's debut and she has really shown herself to be quite a force to be reckoned with.  There are so many layers in this story, mystery, suspense, friendship, parent/child relationship and much more.  Yea there is a lot going on here and a couple times I did have to stop and figure out who was who, but it was so worth it.  Told from the POV of Audrey the story weaves back in time from the 1940's through letters and journals to 2006.  There were times I was sitting on the bed beside Audrey telling her to hurry up and get that diary open.  The transitions were smooth and easy to follow and the storyline was original and believable.

Dual time period books are a favorite of mine and this book is one of my all time favorites. I will recommend it wherever I can, but sadly it is hard to come by in Canada/US, my copy was ordered from Australia through Fishpond.

If you are a fan of Kate Morton then you will love Thornwood House.
Posted by Margaret @ JustOneMoreChapter at 10:34 PM