Lady in Waiting by Susan Meissner 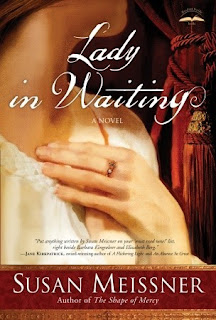 Love is a choice you make every day.

Content in her comfortable marriage of twenty-two years, Jane Lindsay had never expected to watch her husband,  Brad, pack his belongings and walk out the door of their Manhattan home. But when it happens, she feels powerless to stop him and the course of events that follow Brad’s departure.

Jane finds an old ring in a box of relics from a British jumble sale and discovers a Latin inscription in the band along with just one recognizable word: Jane. Feeling an instant connection to the mysterious ring bearing her namesake, Jane begins a journey to learn more about the ring—and perhaps about herself.
~
In the sixteenth-century, Lucy Day becomes the dressmaker to Lady Jane Grey, an innocent young woman whose fate seems to be controlled by a dangerous political and religious climate, one threatening to deny her true love and pursuit of her own interests.

As the stories of both Janes dovetail through the journey of one ring, it becomes clear that each woman has far more influence over her life than she once imagined. It all comes down to the choices each makes despite the realities they face.

In the author's notes at the end of the book, Susan Meissner puts it quite nicely

"what if?" one of the lovelier aspects of fiction

That sums up this book nicely.
What if Lady Jane Grey was in love?
What if she was given a ring?
What if she had a choice in her own future?
For those that know her story, you know how it ends.  What if her parents had really loved her and didn't use her as a political pawn?  I have always admired Lady Jane Grey, forced to wear a crown she didn't want and look what happened to her.   She did make one choice that I loved, not to crown her husband as king (was that a proven fact? I am not totally sure but will pretend it is).

What if Jane Grey had a dressmaker named Lucy who shared Jane's story with us?  And what a wonderful story this is.  I listened to the audio, the readers did a wonderful job of telling that story.

Present day we have another Jane, who finds a ring with her name engraved on it.  Feeling a kinship to this ring, Jane begins a journey of self discovery.  Painful at times, but worth it in the end.


This is my second book by Susan Meissner.  The Shape of Mercy was the first, also an audio read. 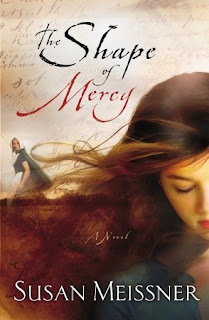 Leaving a life of privilege to strike out on her own, Lauren Durough breaks with convention and her family’s expectations by choosing a state college over Stanford and earning her own income over accepting her ample monthly allowance. She takes a part-time job from 83-year-old librarian Abigail Boyles, who asks Lauren to transcribe the journal entries of her ancestor Mercy Hayworth, a victim of the Salem witch trials.

Almost immediately, Lauren finds herself drawn to this girl who lived and died four centuries ago. As the fervor around the witch accusations increases, Mercy becomes trapped in the worldview of the day, unable to fight the overwhelming influence of snap judgments and superstition, and Lauren realizes that the secrets of Mercy’s story extend beyond the pages of her diary, living on in the mysterious, embittered Abigail.

The strength of her affinity with Mercy forces Lauren to take a startling new look at her own life, including her relationships with Abigail, her college roommate, and a young man named Raul. But on the way to the truth, will Lauren find herself playing the helpless defendant or the misguided judge? Can she break free from her own perceptions and see who she really is?